Prof. Olbert was born on June 1, 1920 in Karlsbad/Karlovy Vary (Czechoslovakia). He began his medical education at the University Vienna, Austria, but this was interrupted until 1946 by his military service during World War 2 and his subsequent prisoner-of-war status. He finally received his medical degree in 1950 from the University of Vienna. He completed his training in radiology at the Hospital Lainz (Vienna) and in 1963, became senior consultant at the section of radiology at the 1st Department of Surgery of the Hospital Lainz, a major city hospital in Vienna. In 1959, he opened a private radiology practice, which he ran until 1988. In 1975, he received the “Venia Docendi” and in 1981 the title of Professor for his scientific achievements. In 1985, he retired from work at the Hospital Lainz.

Prof. Olbert was one of the pioneers of interventional radiology, together with Charles Dotter, Kurt Amplatz, Josef Rösch, Andreas Gruentzig and Eberhard Zeitler. He learned the angioplasty technique from Dotter himself. One of his major achievements was the development of a balloon catheter together with Lubomir Hanecka, which was patented in 1977 (Hanecka L, Olbert F: Ballonkatheter. OE Patent, 17 February 1977, Patent No. 348,094). Compared with the Grüntzig balloon catheter, the Olbert catheter accepted a higher pressure of up to 12 atm, had a low profile and did not need to be folded for introduction. Surgimed and later Boston Scientific commercialised this catheter for many years.

Prof. Olbert was also one of the founders of CIRSE. He was asked by Prof. François Pinet to organise the joint meeting of the European Society of Cardiovascular and Interventional Radiology (ESCVIR) and the European College of Angiography (ECA) in Vienna in 1985, and acted as president of the joint meeting. Already in the years 1982 to 1984 ESCVIR and ECA had joined in their annual meetings. It was here that, with the support of Professors Pinet, Tylen, Zeitler, Obrez, Erikson, Rossi, Passariello, Allison and many other peers of the two societies, they merged to form the Cardiovascular and Interventional Radiological Society of Europe (CIRSE) on April 24, 1985. Thus Prof. Olbert was the first Meeting-President of the newly formed society.

Prof. Olbert published more than 80 articles in peer-reviewed journals, 3 books and 22 book chapters and lectured all around the world. He received many honours, such as an honorary degree from the University of Pécs (Hungary), the CIRSE Gold Medal, the Boris Rajevsky Medal of the European Society of Radiology, the Guido Holzknecht Medal of the Austrian Society of Radiology, and honorary membership of the Austrian Society of Interventional Radiology. He also received honorary medals from the City of Vienna and the Republic of Austria.

Prof. Olbert´s enthusiasm for interventional radiology continued after his retirement in 1985. He visited the Department of Cardiovascular and Interventional Radiology at the Medical University Vienna on a regular basis until his death to see new procedures and help young trainees with his advice. He attended the CIRSE annual congress for many years, and the joint annual meeting of the German, Austrian and Swiss IR societies was named in honour of his achievements: “Interventionell Radiologisches Olbert-Symposium (IROS)”. Prof. Olbert was an expert on classical music, played the violin and loved to visit the Vienna concert halls and operas. For many years, he organised a social event in Vienna during ECR at a Viennese “Heurigen” (wine tavern) to bring IRs together, which continues to this day as the CIRSE Members’ Evening. He leaves behind his wife, Blanka, who throughout his career helped him with his numerous activities. 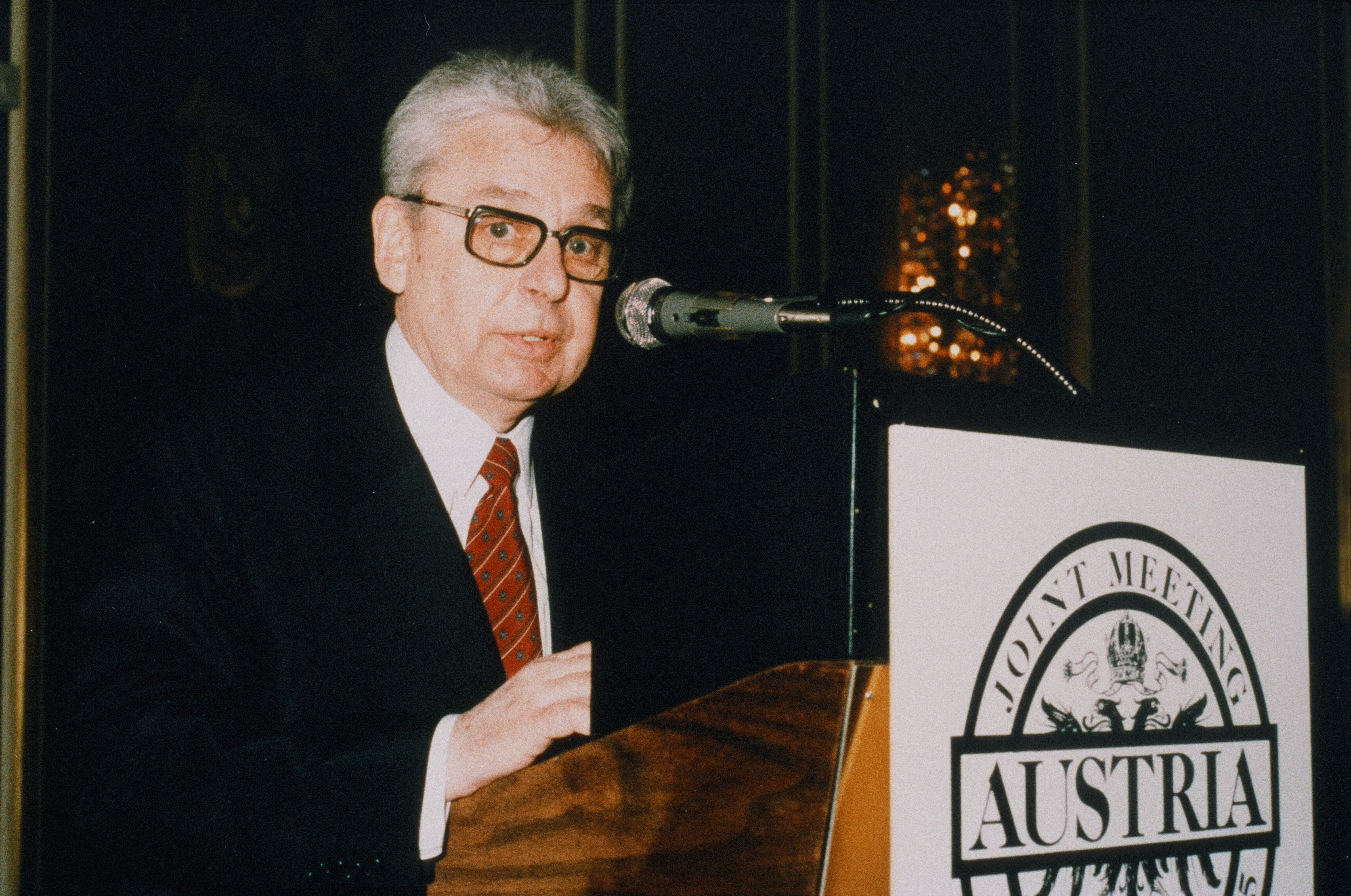 Prof. Friedrich Olbert at the first CIRSE meeting in 1985
Cookies help us provide our content and services. Most of them we need to ensure the functionality of our website, others are used to analyse your browsing behavior ("technically non-necessary cookies"), whereby personal data is also processed, for more information see our Privacy Statement.