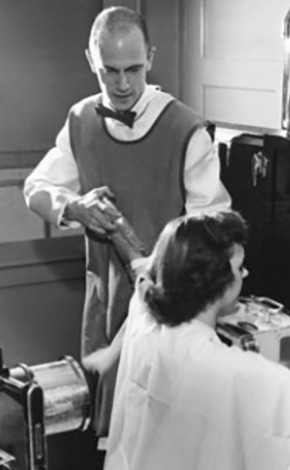 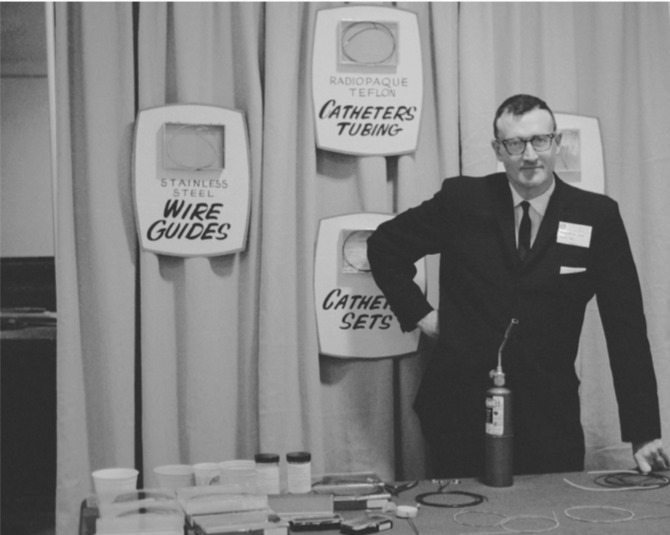 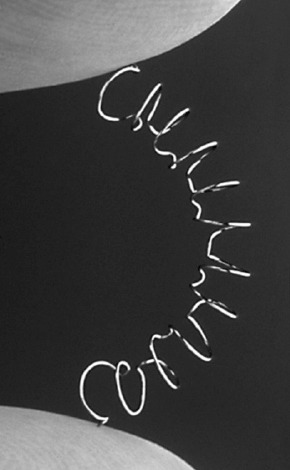 Interventional radiology emerged in 1964, when Charles Dotter defied sceptics and insisted that angiography, until then a purely diagnostic tool, could be used to actively treat patients.

Percutaneous transluminal angioplasty, as it would later be called, was born.

Hear Josef Rösch, a major figure in the field, recount some of the main breakthroughs:

joint annual meeting and postgraduate course in Vienna, and the Cardiovascular and Interventional Radiological Society of Europe — CIRSE — came into existence. The new society had a combined membership of around 300.

Friedrich Olbert, a key figure in CIRSE‘s establishment, shares his favourite memories of these eventful times.

In May 1986 the first CIRSE congress and joint meeting with the American SCVIR took place in Jerusalem, followed by meetings in Porto Cervo, Berlin, Paris, Brussels, and Oslo, with steadily rising attendance figures of up to 800. 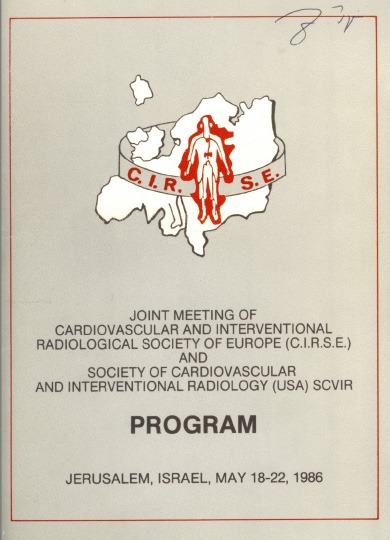 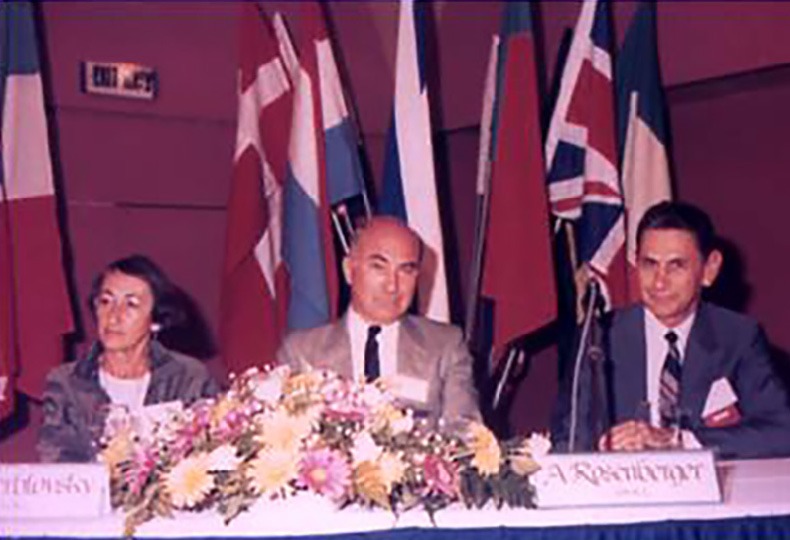 Opening headquarters in Vienna and hiring permanent staff marked a new era. The society’s emphasis on highly professional organisational services was soon reflected in robust congress attendance figures. Over 4,700 delegates attended CIRSE 2006 in Rome. At CIRSE 2009 in Lisbon, that number rose to 5,300. Almost 6,600 participants made it to CIRSE 2013 in Barcelona.

But mere numbers don’t tell the full story. Drawing on the expertise of several newly-established committees, including one dedicated entirely to programme planning, the scientific programme has become increasingly multi-faceted, comprehensive and clearly structured, with sessions split into six separate tracks. The society has also introduced additional, specialised conferences, such as ECIO and ICCIR, with the IDEAS seminar to debut at CIRSE 2015.

Investments in member services, including the addition of group membership, attracted practitioners from all over the globe, and encouraged increased participation by national IR societies.

Membership rapidly expanded, increasing from around 1,500 in 2005 to over 6,200 today, including growing numbers from outside of Europe.

While delivering outstanding educational programmes remains CIRSE’s key priority, the society has also become an important representative of the IR community in diverse contexts, including standard setting, guideline and policy development, research, and collaboration with other organisations.

The following section introduces you to some of the society’s main initiatives.

We very much appreciate that it would not have been possible for us to keep expanding our activities without our members’ dedication and professionalism. Here’s to many more years of excellence and innovation!

The Palazzo dei Congressi served as an impressive backdrop for the first CIRSE Annual Meeting under the administration of the newly established CIRSE office in Vienna. 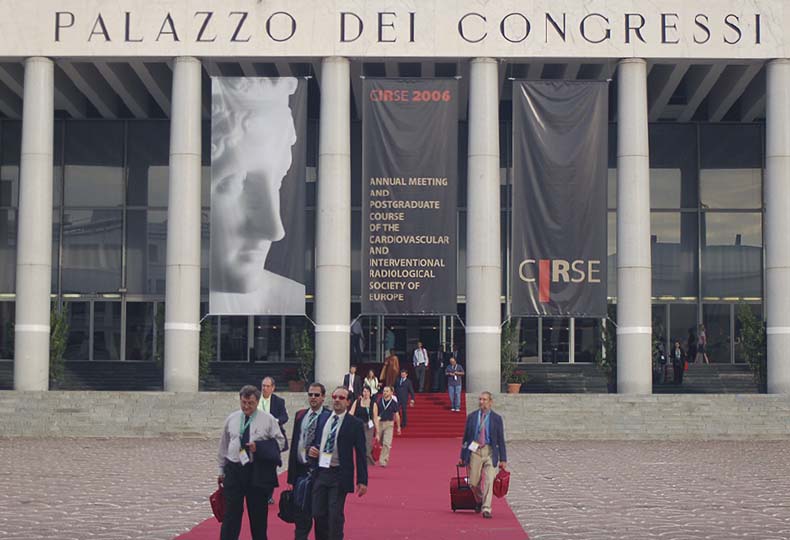 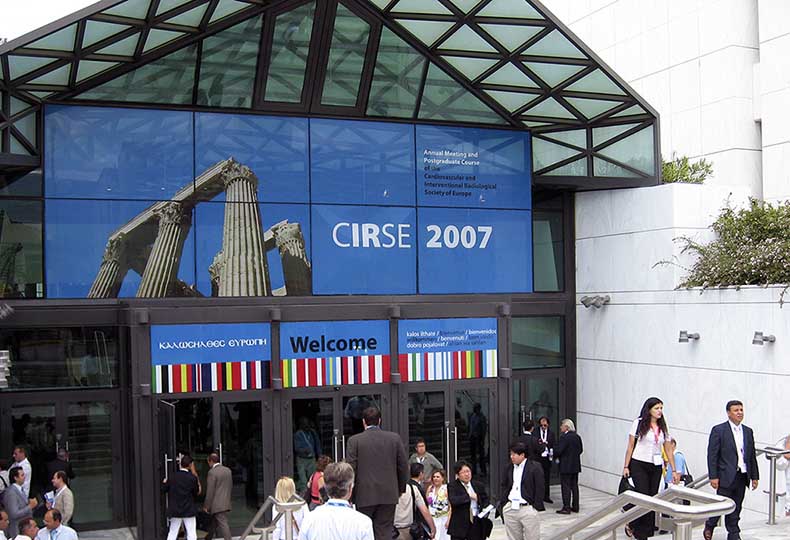 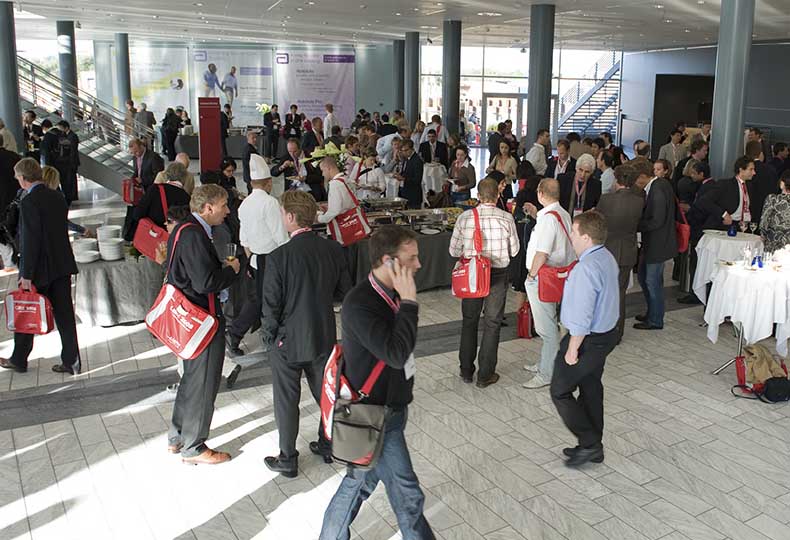 Attendance soared at the 2009 Annual Meeting, with over 5,300 delegates participating. 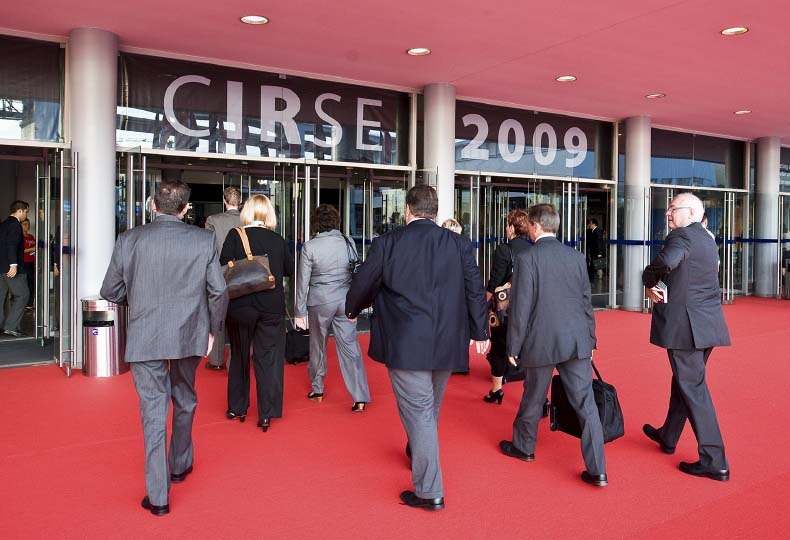 The mood was celebratory at the Annual Meeting in Valencia, which marked CIRSE’s 25th anniversary. 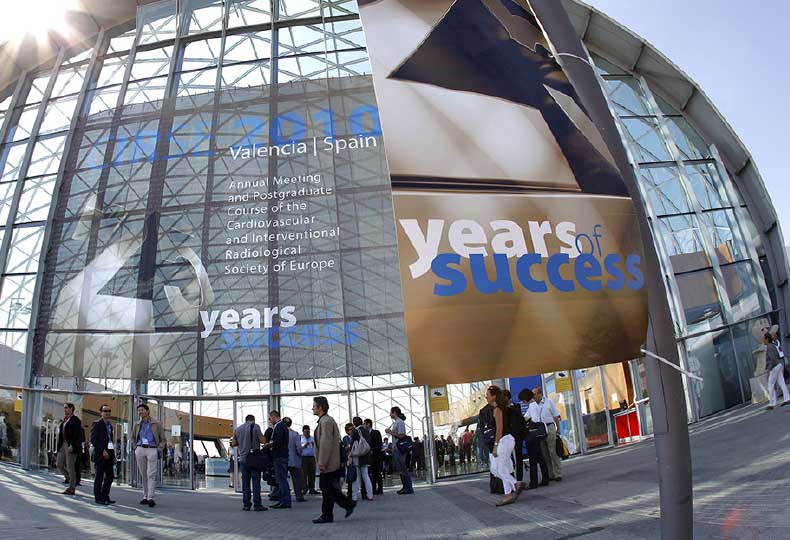 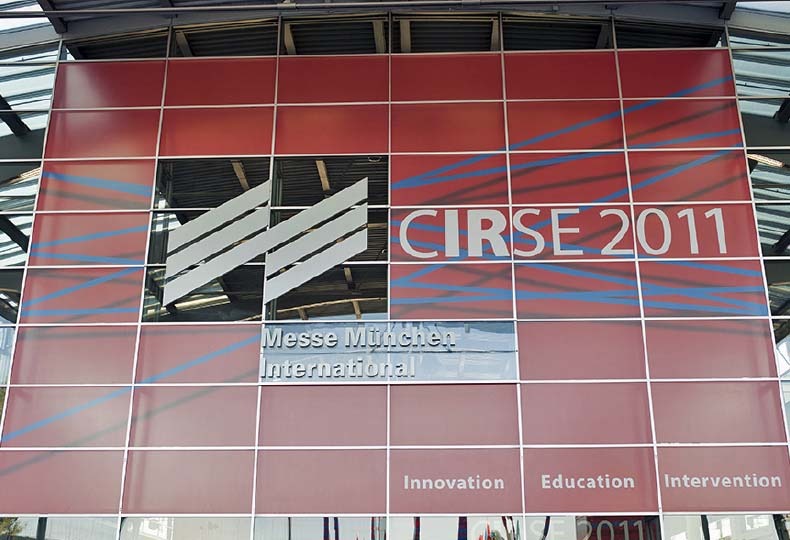 5,600 m² of exhibition space provided ample room for the 115 exhibitors to showcase their latest technical innovations. 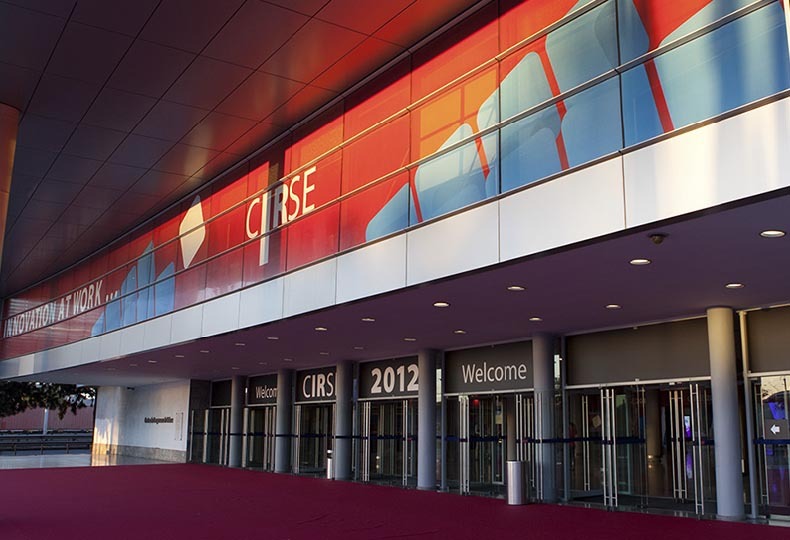 With almost 6,600 delegates from 94 countries, attendance exceeded all previous records. 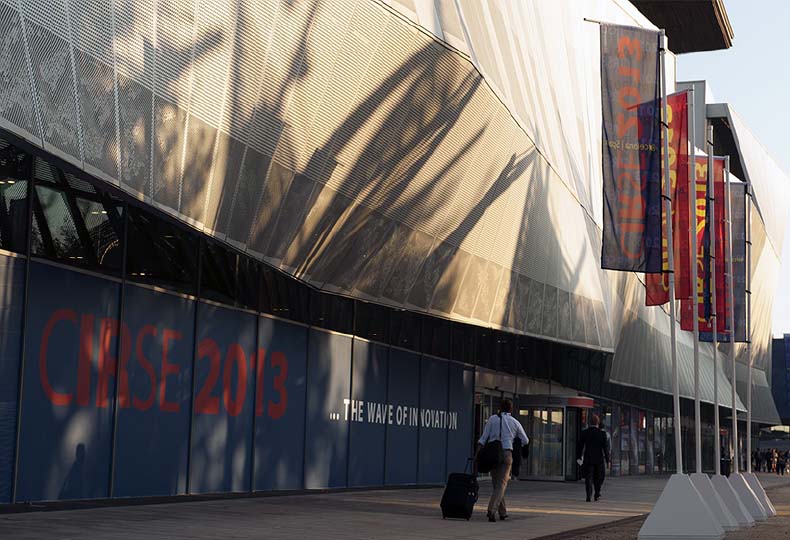 Glasgow provided a unique backdrop for this memorable congress. 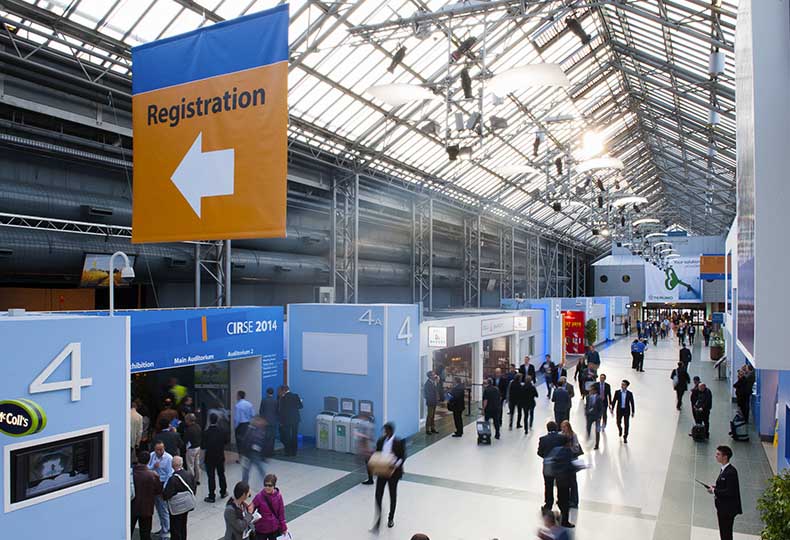 Showcasing the best of IR
Radiation protection
Spotlight on aortic 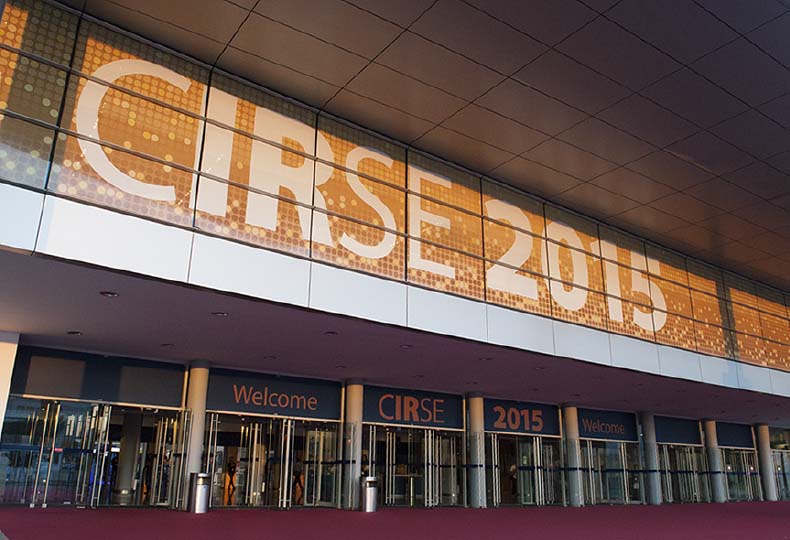 Barcelona provided the perfect place for participants to enjoy the vast world of interventional radiology. 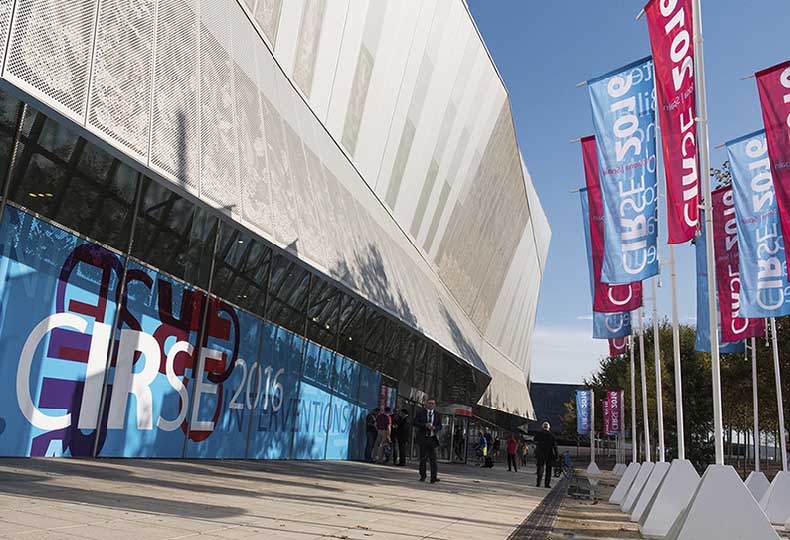 CIRSE 2017 called IRs to Copenhagen, once again capturing the attention of medical professionals from around the globe. 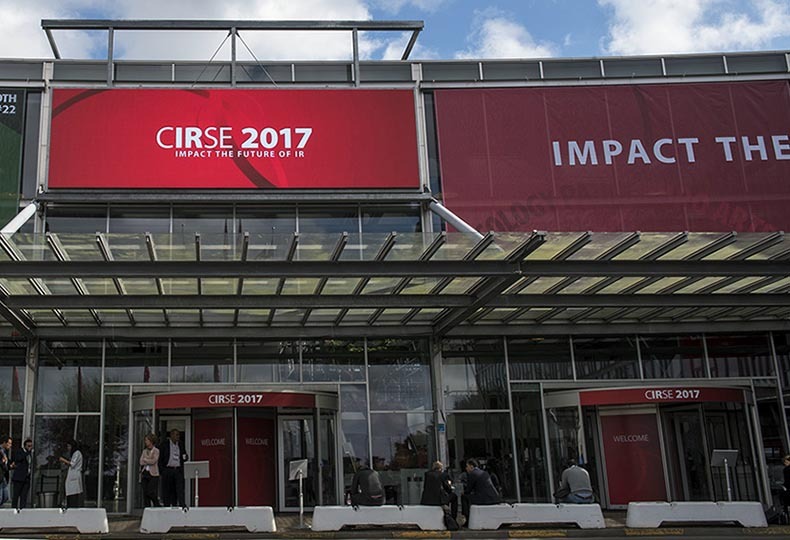 Lisbon again provided an excellent opportunity to bring IRs from around the world together to meet, share and connect. 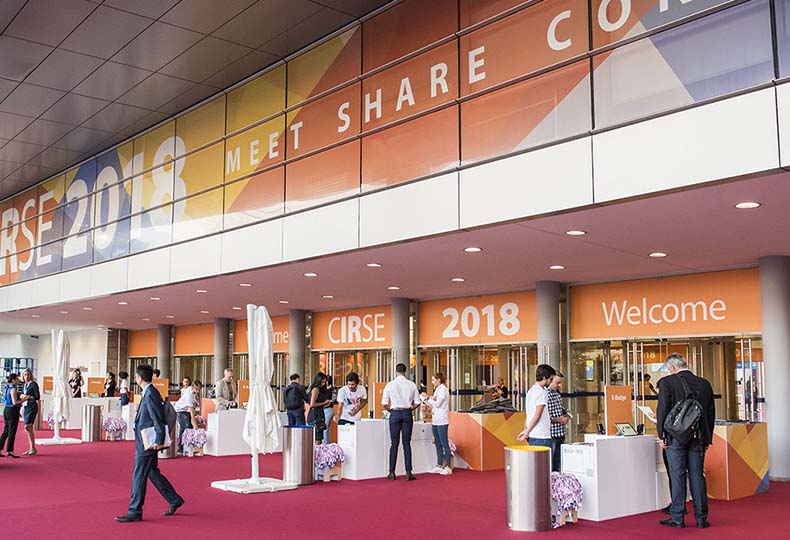 CIRSE 2019 was the largest congress to date, welcoming more than 7,000 delegates from 96 countries to Barcelona. 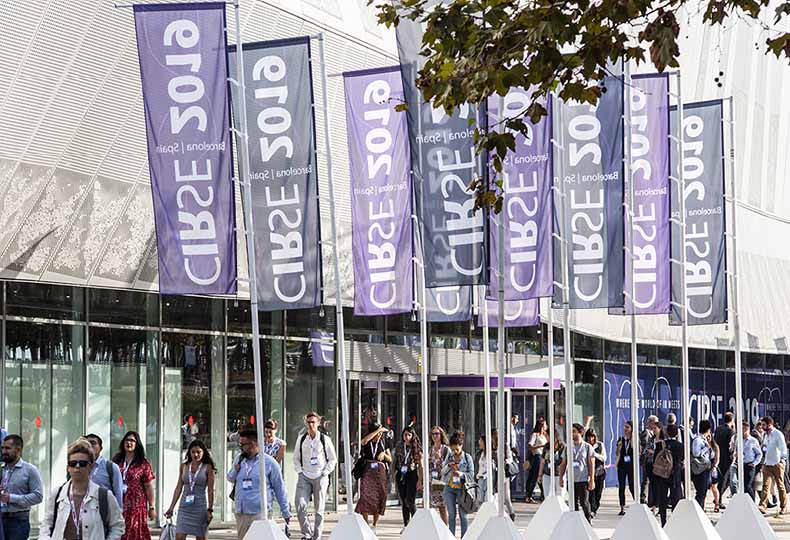 We look forward to making new memories at the CIRSE 2020 Summit!

What does the CIRSE congress mean to you?
An inside look
35 years of excellence in IR

This website was developed to celebrate CIRSE’s 35th anniversary, and aims to tell the organisation’s story by presenting highlights from the history of the CIRSE Annual Congress. This website does not aim to present the entire history. CIRSE accepts no liability for any misrepresentations or errors contained herein. Please send any comments you have to [email protected].